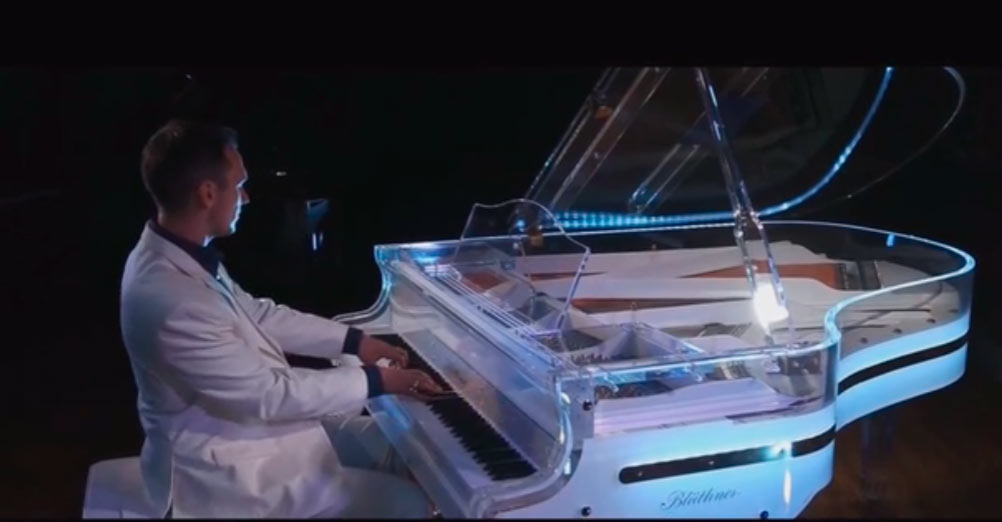 Jonny May is one of today’s most innovative and electrifying pianists.

Jonny’s musical style captures a unique blend of Jazz, Pop, and Classical influences that entertains and amazes audiences. Since launching his YouTube channel in 2012, his piano performances have received over ten million views worldwide.

Based out of Southern California, Jonny is in high demand as a performer, arranger, and composer. His videos, educational lessons, and sheet music can be found at www.pianowithjonny.com

Jonny was the youngest pianist ever hired by Disneyland where he entertained thousands of guests every week with his ragtime arrangements of American classics and Disney hits. He has also performed as a solo pianist at Universal Studios, Hollywood. Jonny has accompanied Grammy Award Winner Lari White, Tony Award Winner Lin Manuel Miranda, comedian Tom Wilson on Comedy Central, and he has recorded with Latin America Idol winner  Mayré Martinez. Jonny has also been a featured guest performer with the popular music group, Postmodern Jukebox.

As a composer, Jonny has written music for two original musicals and performed his compositions at the Kennedy Center in Washington D.C., the Pick-Staiger Concert Hall, The Duplex in New York City, and The Gardenia in Los Angeles. His original musical, “Peter Pan: A New Musical”, was selected for the 2012 Dreamworks ASCAP Workshop, there his music was praised by Stephen Schwartz, the composer of Wicked and Godspell.